Musicoguia has interviewed Ben Brenner (1953) a virtuoso of Handwhistling. Ben ‘the Handwhistler’ has almost 50 years of experience improving this art through very high standards.

From 1979 Ben has appeared in lots of Shows as Tonight Show, Philly After Midnight or Evening Magazine. Ben has also worked for 35 years as music teacher in Philadelphia where he ran a 50 member Choir, xylophone group, Chromatic Bell group, recorder group and other ensembles for Winter and Spring Shows. If you want to know all about Handwhistle just continue reading! 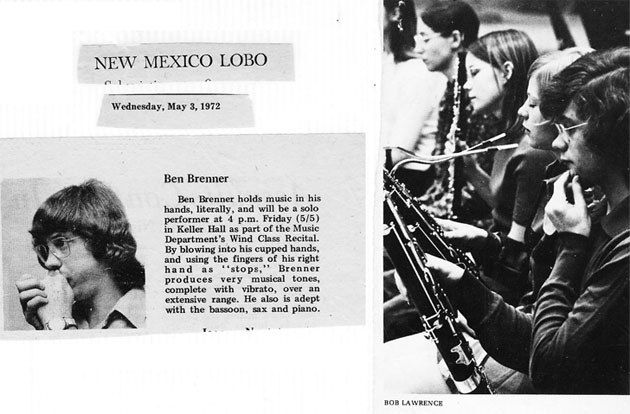 1. What was your first musical experience?

My first musical experience was listening to 45 rpm and 78 rpm records, listening to music on the radio, and hearing my Father sing and my Mother play the piano. I started singing along with my Dad, and, at age four, with one finger, I started to play songs on the piano by «ear».

2. When did you start discovering Handwhistle?

I started playing the Melodica at five, clarinet lessons at nine, and bassoon lessons and Handwhistling at 12. My Aunt Lynn showed me how to get my first few notes. She was able to play two or three notes on her «Hands» and I started practicing up to three hours a day!

3. How did you start developing the Handwhistle technique? 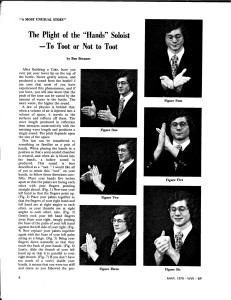 Since I was able to read music, I Handwhistled all the music that I was playing on my clarinet, bassoon and piano, and also played songs by «ear» right from the start. My Handwhistling technique developed by practicing different articulation like tonguing, developing my breath control by holding notes and phrases out, and using dynamics by playing louder, softer, or in between the two. By 10th grade (15-16 years old), I developed full control of my diaphragmatic breathing techniques and vibrato.  I continued to improve through College.

I have an article published in Woodwind Brass and Percussion Magazine in 1978, complete with photos of the Handwhistling positions step by step so that others could learn. The article went out to 30,00 subscribers in 70 Countries and was called, «The Plight of the «Hands» Soloist- To Toot or Not to Toot».

4. When was your first public Handwhistling? 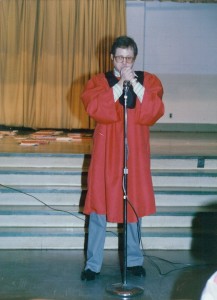 performance was at 13 in the second half of 7th grade, where I performed at a Student assembly in front of all 800 Junior High School students. I had a String Bass player accompanying me and I played several songs. I started giving Handwhistling Lecture Demonstrations all through my College years and for many years after College. I also Handwhistled in several Recitals while at College, perfoming Sonata’s, and popular songs.

In 1974, I gave a Handwhistling performance in the Library of the Perfoming Arts in Lincoln Center. In 1975 my big break came when I Handwhistled all four movements of a Sonata in Peter Schickele’s three P.D.Q. Bach Christmas Shows in Philharmonic Hall in Lincoln Center, New York. Right after that Stage Show, I was on my first National TV Show called Camera Three with vocal comedienne Anna Russell, who had been part of the P.D.Q. Bach Shows.

5. How arose the opportunity to perform at the Tonight Show?

During the Summer of 1979, I was on a TV Show called Evening Magazine and I was the Feature story of the Show. My Feature was then shown on all the Evening Magazine Shows across the United States. In 1979, at one of my Handwhistling performances, our two Philadelphia newspapers wrote articles about how amazing my talent was. Somehow a copy of those articles were sent out to the Talent Coordinator on the Tonight Show. I got a phone call from the Tonight Show asking me to Handwhistle a song for them over the phone. When I finished, they told me that they wanted me to be a guest on the Tonight Show. 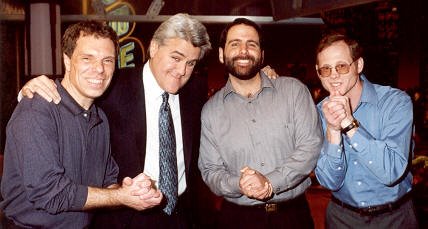 6. What has been your experience with Handwhistling as Music Teacher?

As a Vocal/General Music Teacher in the Philadelphia School District, I taught students in Kindergarten up to 8th Grade and ran the Choir, xylophone group, Chromatic Bell Group and recorder group that performed at my three Music Shows every year. I Handwhistled at all the Shows.  As part of my teaching, I would play, «Name that tune», playing songs on piano, keyboard, recorder and Handwhistling and I tested my students on recognizing the melodies of music that I had taught them both Classical, folk and popular songs of the day and back over 100 years earlier.  I played Jazz, the Blues, Ragtime, Dixieland, Rock and Roll. I went through every Period of music. I also had Handwhistling club where I taught a group of students each year how to play 5 to 7 notes on their hands, and they were able to perform at the assemblies as well.

7. Which is the technique for Handwhistling?

There are many ways to hold the hands to make music as there are several thousand Handwhistlers on all levels around the World being called Handwhistlers, Hand Ocarina, Handflute, hand flute, hand coo and a few other names. I cup my hands and keep my hands sealed, not letting any air leak out. I blow air down my thumb knuckles, which act as a reed starting the vibration, I aim the air toward the middle of my palms and it bounces out the same place that it went in. It is the same technique like blowing air across the top of a glass soda bottle. It makes a humming sound. As you fill the glass bottle with water, it makes the area smaller, making the pitch higher. By my squeezing the palms of my hands closer together, I make the area inside smaller, which makes my pitches higher. My hands have to have the palms furthest apart for my lowest notes. By using my Professional Diaphragmatic breathing techniques, which are used by all Professional wind instrumentalists and singers, I can Compress the airstream by opening up the lower part of the lungs and by using the diaphragm muscles to pressurize the airstream, which lets me use less air to keep my phrasing long and to hold the highest notes in tune.

Every Handwhistler has different tones, techniques and styling.  My tone is rich and full but, it is hard. I have to know where each note’s position is, much like a violinist finding just the right spot on the fingerboard. I use many more muscles to Handwhistle, so I can’t play as fast, but I can be more expressive and have a wider dynamic range for soft to loud. I can play four or five notes by clasping my hands from the top, and I wish that I had learned that way when I was young. It is easier to do and I could have performed more difficult songs. But, I am proud of my sound and the emotion that I put behind it.

8. Where can find more information about Handwhistle and your work?