Musicoguia Magazine has interviewed Ollie Tunmer the director of ‘Beat Goes On’, a percussion workshop company specialising in STOMP-style Body Percussion and Afro-Brazilian Percussion. They deliver workshops and teacher training sessions throughout the UK including at the Music & Drama Education EXPO, the Music Mark Annual Conference and for numerous music education hubs throughout the UK. Beat Goes On also work with a range of international schools. This has included keynote presentations at the Latin American Heads Conference in São Paulo, BSME (British Schools in the Middle East)’s inaugural Music & Drama Conference in Dubai, Musical Futures Australia’s ‘Big Gig’ in Melbourne, a residency at North London Collegiate School Jeju in South Korea, Little Kids Rock’s ‘Modern Band Summit’ in Colorado, USA and numerous events throughout Europe. Ollie is a former cast member of the hit show STOMP and their sister show ‘The Last & Found Orchestra’. He is also an ex secondary music teacher and combines these to create experiences that are beneficial, memorable and great fun!

1. When and how did you get started in the world of percussion?

I’ve been playing percussion since I was a child – on pots and pans to start with (!), then drum kit, percussion ensembles, youth orchestras and Afro-Brazilian rhythms at university. Being in STOMP gave me a great opportunity to develop body percussion, learning the pre-written routines and also developing my own ideas and learning from others.

2. How was your experience with the STOMP group?

Being in STOMP was amazing – I’d been a fan since seeing it several times as a teenager so performing in it was a dream come true! It taught me a lot about rhythm, movement and interacting with your fellow performers and the audience. It’s hugely influenced my career ever since, and I really enjoy using my experience in the show to inspire the people that I work with.

3. What challenges have been encountered for children to love music in UK schools?

Children generally love music. There are so many styles to explore that 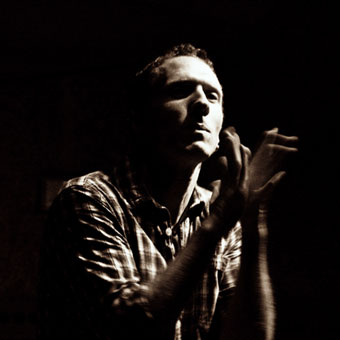 whether you’re performing, composing or listening to it, it can move you unlike anything else. The main issue in UK schools is that music (and the arts in general) are not often considered serious subjects by those in charge. This is frustrating, to say the least, as there are huge amounts of evidence to illustrate the wide range of benefits (academic attainment, wellbeing, problem solving, development of social and communication skills), as well as artistic skills themselves.

However, teachers show great resourcefulness and evidence of a love of music making can still be seen in schools throughout the UK!

4. How was your experience participating in CIVAE (1st Interdisciplinary and Virtual Conference on Arts in Education)?

I was honoured to be a keynote speaker at this inaugural event and had a great time delivering my session and responding to participants’ comments. If CIVAE participants or Musicoguia readers are interested in something similar in their own place of work, we’d love to visit! Please contact us at www.beatgoeson.co.uk